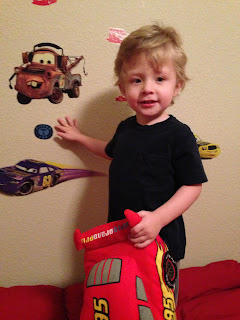 Well we finally did it... We moved Cole into his new room.  He has done great so far!!  As you can tell from the photo it is a Cars theme.  He has an obsession with Cars right now and knows all the characters.  He spends his waking moments asking to watch the movie over and over and over again.  Now he can spend his sleeping moments dreaming of them as they are on the walls next to his head.  I started him out with a nap and he did great so I thought why not try him over night, he did even better!  It was probably harder on me than it was on him :o) Now we are all ready for a new baby in the nursery. 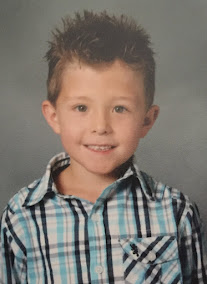 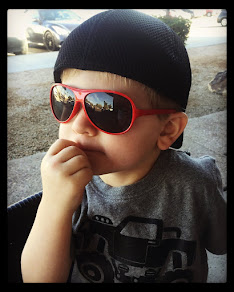